Head Over Heels For Harley: Why We’re So Enamoured With DC’s Clown Princess Of Crime

The fantabulous Harley Quinn, DC’s Clown Princess of Crime and former paramour of the Joker has quickly become one of their biggest and best-selling characters, but where did her character come from and how has she managed to conquer the DC Universe?

Back in 2016, DC Comic co-publisher Jim Lee described Harley Quinn as their new “fourth pillar behind Superman, Batman, and Wonder Woman”. Somehow, for a character who was only created in the ‘90s as a love interest for the Joker, the beguiling Ms Quinn has managed to climb DC’s ladder in record time. Outstripping retail orders for both Superman and Wonder Woman, Harley is now officially DC’s second bestselling comic book character, following only the Bat himself for sales.

The delightfully deranged Batman villain turned anti-hero has certainly come a long way in her 27 years gracing both page and screen, but who exactly is Harley Quinn? And why have we all fallen so desperately in love with her delusional antics? 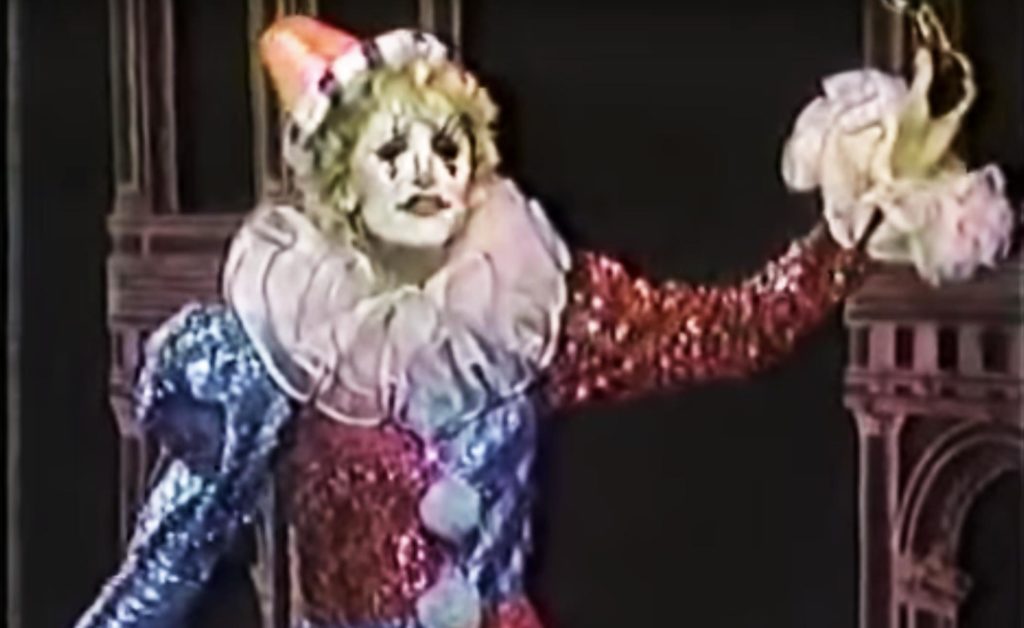 Originally voiced by Days of Our Lives’ Arleen Sorkin, Harley’s debut occurred in the seventh episode of 1992’s Batman: The Animated Series. The series writer, Paul Dini, was a close friend of Sorkin, and when he decided to introduce a new female henchman who was also intended to be a potential love interest for the Joker, he drew upon a scene his friend had once played as a Harlequin in the long-running US soap opera. Even Arleen Sorkin’s own name would eventually come to inform Harley’s own real moniker, Harleen Quinzel.

Whilst Harley’s character was well received by viewers, it would take her another 12 months before she would finally make the leap from TV screens onto the page, and finally be accepted into the official Batman canon. Harley’s first appearance in the 1992 ‘Joker’s Favor’ episode of ‘Batman: The Animated Series’

In September 1993, The Batman Adventures #12 detailed Barbara Gordon’s own Batgirl origins, and featured Harley Quinn, Catwoman and eventual long-time ally Poison Ivy. This trio would later come to be known as the Gotham City Sirens. The feminine trio had taken it upon themselves to crash a costume party, which Gordon herself attended dressed as a female version of Batman. Needless to say, Gordon rose to the challenge and foiled the party crashers’ dastardly plans. Another year later and Harley’s star was now on the rise, and she was finally given her own complete comic story. The Batman Adventures: Mad Love had her backstory fleshed out by her original creator Paul Dini and fellow writer Bruce Timm. It was here that we first learned of Harley’s original alter-ego, Dr. Harleen Quinzel, an intern psychiatrist who first met the Joker whilst working at Arkham Asylum.

During her interviews with the notorious villain, she not only learns of the Joker’s abusive past but also begins to fall in love with him. Eventually, Harleen falls under the Joker’s demented influence and helps him escape Arkham in a bid to try and win his affection, therefore completing her own transformation into Harley Quinn. Paul Dini, and sci-fi novelist Pat Cadigan, would also later write a complete novelisation of the Mad Love storyline which was released by Titan Books in November 2018. THE YEARS OF EMANCIPATION – HARLEY IN THE 2000s

Of course, Harley is possessed of a personality far too grand to be kept in the Joker’s shadow, and she would go on to prove that she would play second fiddle to no man – even if that man did happen to be Batman’s greatest arch-nemesis. In 2001, Harley came to helm her own titular comic series, and in 2002 audiences would finally come to see a live-action version of the character on the small screen. This would occur a whole 15 years before Margot Robbie would come to portray her in David Ayer’s Suicide Squad. A short-lived TV adaptation of Birds of Prey had cast actress Mia Sara as Dr. Harleen Quinzel, who would serve as the series key recurring villain for Black Canary, Oracle and Huntress. Interestingly, the original series pilot had cast Sherilyn Fenn in the role of Harley, but her scenes were all later reshot with Mia. Ironically, Fenn would later return to the DC universe, this time as Michelle Roth, the adopted mother of Rachel Roth (Raven) in Titans season one.

In 2003, after only 13 episodes, Birds of Prey was cancelled due to low ratings and we would all have to wait another decade and a half to see another live-action Harley. On the page, however, Harley would eventually come to appear in the Gotham City Sirens run from 2009 to 2011, which would reunite her with Catwoman and Poison Ivy, the same villains with whom she had first begun her print career.

In 2011, DC Comics underwent a major reboot following the events of Flashpoint, and a new Harley Quinn series was announced as part of the New 52. This time Harley’s own series saw her begin to transition to anti-hero, though given Harley’s notoriously fickle nature and questionable moral code, this differentiation was destined to blur from time to time.

Finally, in 2014 one year following Man of Steel, it was announced that Suicide Squad would become the third film in the DCEU (DC Extended Universe) and that Australian actress Margot Robbie would take on Harley’s persona. When Suicide Squad was eventually released in 2016 reviews were mixed, but Robbie’s portrayal of Harley was almost universally praised as the highlight of the film. Robbie’s version of the character would quickly become the most widely known iteration of Quinn, with her film appearance even transferring its way into the various comic runs.

In 2019, as production on Margot Robbie’s second outing as Harley in Birds of Prey (And The Fantabulous Emancipation of One Harley Quinn) was well underway, the DC Universe streaming platform also announced that Harley would be going right back to her animated roots with a brand new 26 episode, adult-orientated cartoon, voiced by The Big Bang Theory’s Kaley Cuoco. Launched in November last year, the new animated Harley Quinn series is currently tearing up viewership records on the US-based DC Universe platform as it currently makes its way through its hilarious first season. And now, with Robbie’s version of Harley coming back for her second film outing, it certainly doesn’t look as though Harley will be disappearing from the public eye anytime soon, and who would want her to? I think we can all agree she’s become one of DC’s heaviest hitters for a fantabulous reason.

Birds of Prey (And the Fantabulous Emancipation of One Harley Quinn) is in cinemas today.