Supa-Star Emilie de Ravin discussed her time on Lost and Once Upon a Time, how she juggles a busy schedule and more at Perthnova 2022! Curious as to which Hogwarts house she’d belong to? Then read on…

ONCE UPON A TIME

Back in 2012, de Ravin starred in her first Once Upon a Time episode, Skin Deep, taking on the character of Belle. Often appearing by her side was the great Rumpelstiltskin, famously played by Robert Carlyle. Rumpelstiltskin and Belle went on to become a famous duo and shared many memorable moments together. Looking back at her time on the series, de Ravin found herself discussing what it was like working with Carlyle, and some of her favourite moments and memories. “All of them! I love him so much. Great friend, great actor.”

Filming her last scene with Rumpelstiltskin

“They wanted me to age up more, but it was hard. It was all so sad and beautiful, and you cry. She was at peace and it was hard because he was crying. But the headspace of her being at peace with her character helped. Though I hate prosthetics. They’re hard too.”

“The green screen had a mock-up second screen so you could see ‘here are the doors, windows,’ and things to reference. It takes practice to get used to it. It’s fun and they did a great job with the mock-up screen.”

In 2004, the TV series known as Lost began its first season. The show was about survivors of a plane crash who were forced to work together in order to endure a remote island. Starring as the character Claire Littleton, de Ravin appeared in over 90 episodes. Taking a few moments to look back at her time on the show, she shared with Supa-Fars how she prepared for filming and weighed in on the controversial finale. 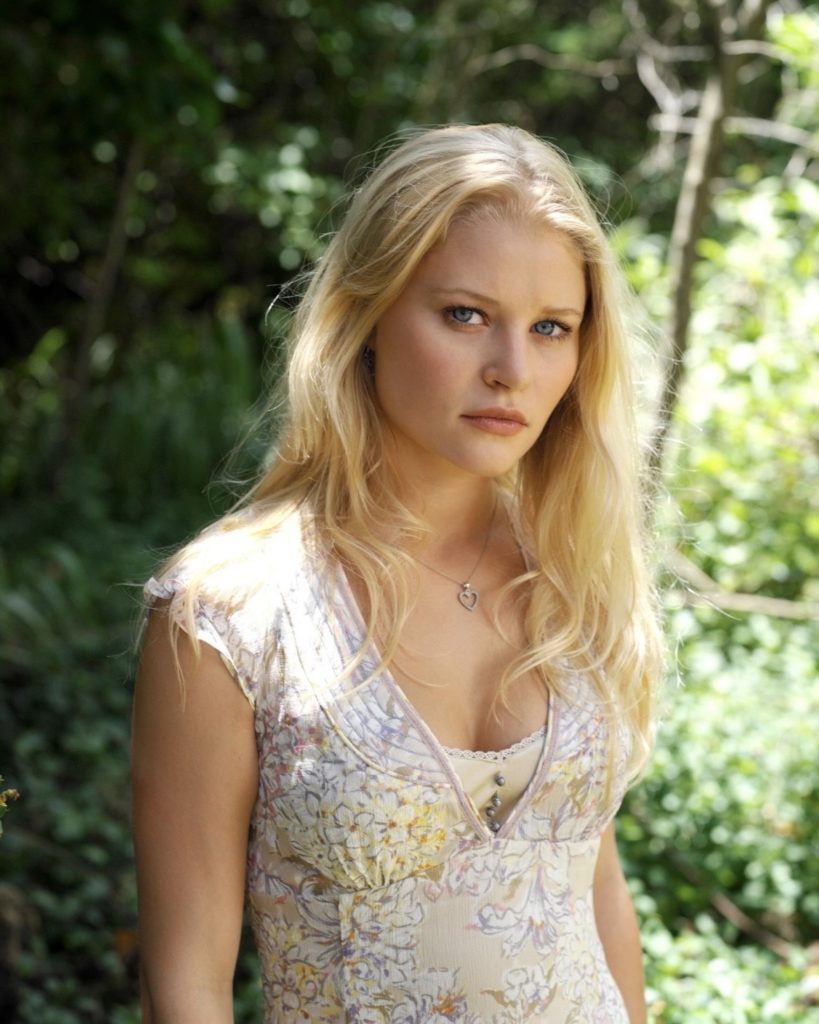 Preparing for the role

“I never read any of the previous scripts so that I could be just as confused as my character.”

Staying in Hawaii with the cast whilst filming took place

“The show is really amazing, but no, unfortunately, I did not stay in Hawaii whilst filming. No, I was back and forth to LA a lot. It didn’t feel like that far, really.”

“I liked the ending. I like the idea of, ‘Well, what do you think happened?’”

Travelling to different locations for filming can be a lot to juggle, especially when there is a family at home. However, de Ravin reveals how she keeps herself both motivated and happy on set whilst away from her family.

“Keeping passion is keeping up enthusiasm. I try and choose projects that will develop and evolve over time. It’s all about just trying to find the little things and keeping focused on them. I have been on a hiatus due to COVID-19, but it was very hard back when my daughter was just a baby. Work used to be number one in my life. But not anymore. Now, if I go away more than a few times to film, we all go together as a family. Family is number one. That is of course until they are 18 years old and no longer want to know me!”

Emilie de Ravin was glad to be back in Australia but was even more glad to meet her fans! And for all of you wondering which Harry Potter house she would be in, “Gryffindor, of course!”