REVIEW: ‘The Handmaid’s Tale’ Sequel, ‘The Testaments’, Is Masterful

Written by Kaitlyn, QBD Books - September 17, 2019Daniel Cribb
The arrival of The Testaments by Margaret Atwood was one of the most anticipated events in this year’s literary calendar. Atwood’s long-awaited follow-up to The Handmaid’s Tale has already been met with resoundingly positive reviews and critical acclaim, including the shortlist for The Booker Prize. Kaitlyn from QBD Books in Miranda, NSW was one of the first to get her hands on a copy and couldn’t wait to tell us about it.

I first read The Handmaid’s Tale as a 16-year-old with a strange fascination of dystopian worlds, feasting on the delights of foreboding social commentary and pulling apart every little piece of my real world that could possibly enable these monstrous societies. Margaret Atwood’s work was the first time women played such a vital role in these increasingly dark places I explored in my mind. She shaped my understanding of the degrees in which sexism occurs – the systematic oppression forced upon people for this idea of the common good and for values I didn’t agree with. 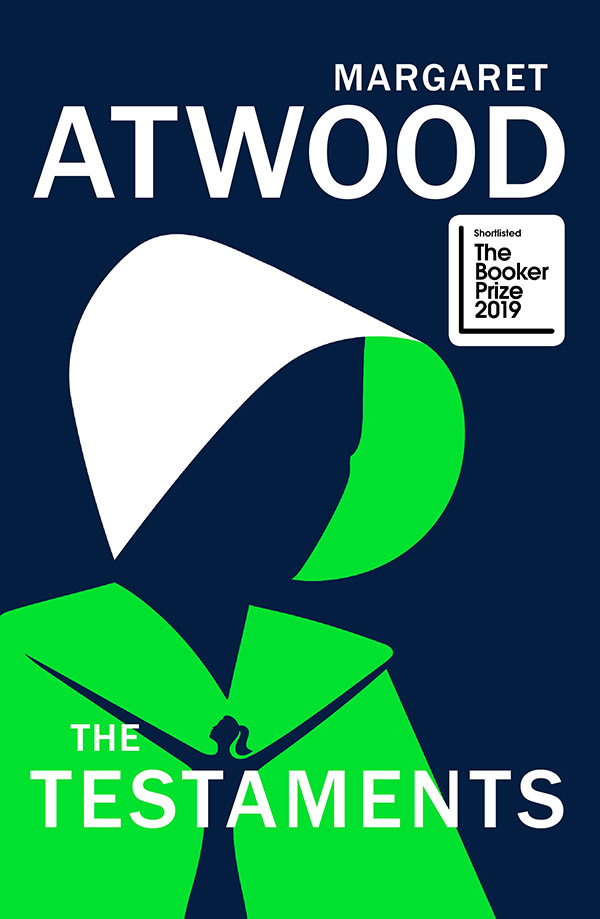 And then I opened The Testaments… only to come face-to-face with a woman in the role that haunted me. The role of the Aunts plagues my psyche and understanding of womankind – a role immortalised on screen by the phenomenal Ann Dowd in her portrayal of Aunt Lydia. Here I was in the mind of an Aunt of Gilead, watching her statue unveiled, taser in hand. She was worshipped in a strange way by these stranger-than-life women who have preached and horrified me with their “values”. I was instantly transfixed. How often do you get to be in the mind of someone that has shaken you so much?

I read ahead, dying to know more about these “teachers”. Instead, I was thrown into the eyes of an apologetic child expressing her bittersweet testimony of her first home. A child aware of Gilead’s wrongs, but forgiving because its worship of children created a home – a safe place in which she was nurtured and prepared. I was once again completely awed by Atwood’s ability to make me question. What is right and wrong? Are these acts of free-will or are these decisions influenced by the brainwashing effect of constant surveillance and intimidation? This naive description of the world around her led me down a rabbit hole I was more than willing to follow. This testimony gave me a moment of relief at times in the dark, twisted and infuriating hole in which Gilead exists.

Readers of The Handmaid’s Tale, and viewers of the TV series, can imagine the various attempts parents made to get their children out of the violent beginnings of Gilead – Offred herself tried to escape before it was too late. Against the odds, a baby was smuggled out and raised outside of this deeply oppressive system. The next testimonial gives us our first taste of the outside world, and introduces us to a teenage girl who perceives this world with an air of judgement that readers will connect with instantly.

These testimonies revealed so much more about the lengths we must go to survive. The Handmaid’s Tale was just a glimpse at the impact of this totalitarian regime. The TV series continued our journey with Offred and the injustices we’re forced to stomach. The show has prepared you, reignited you, made you ready for The Testaments – so be prepared to take this gorgeous hardcover with you everywhere.

What are you truly willing to give up in order to survive? These testimonies beautifully interweave the questions and answers arising from The Handmaid’s Tale and present the reader with new moral quandaries. The Testaments is masterful. Perhaps the most unconventional sequel I’ve ever encountered, but I expected no less. Being in the hands of Margaret Atwood once again was an awakening I didn’t know I needed.

‘The Testaments’ by Margaret Atwood is available in-store or to order online from QBD Books.