The Evolution Of Batman Over The Past 80 Years

2019 marks 80 years since Batman sprung from the minds of artist Bob Kane and writer Bill Finger, and onto the pages of the comic books published by DC Comics, known in 1939 as National Allied Publications Inc (they wouldn’t become known as DC until 1946).

Since then, Batman has been the lead in multiple comic book series, a founding member of the Justice League, the star of his own movies, TV series and video games, and has become one of the most iconic characters of modern mythology. So, how did this iconic character come into being and what has the past 80 years looked like for him?

Back in 1939, Superman was an incredibly successful character, thanks to his run in Action Comics. Seeing that he was so popular, National Allied Publications Inc wanted to capitalise on his success and come up with some new superheroes. Bob Kane and Bill Finger had what they thought was the next great superhero. 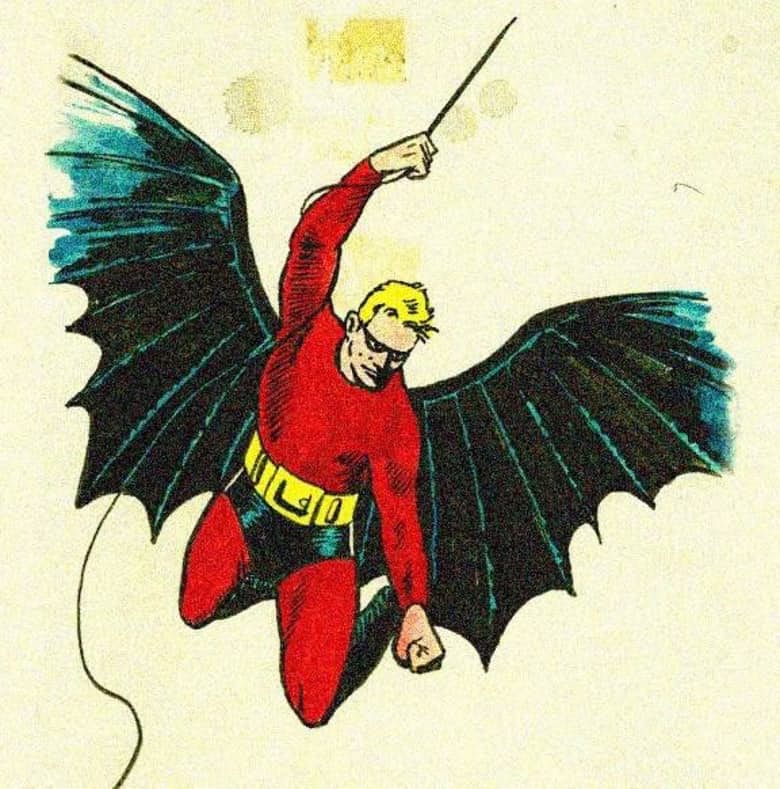 Batman made his first debut on the pages of Bob Kane’s sketch books, looking dramatically different to what comics know today. A figure swinging on a rope, clad in red tights, and a suit almost like Superman’s. Additionally, he also wore a small mask and had two stiff wings on his back. When Bill Finger saw the sketches he suggested adding a cowl instead of the mask, replacing the wings with a cape, giving the character some gloves and removing the red sections of the costume. Bill Finger also came up with the name Bruce Wayne.

Once Batman was published, he was still a different figure to the one fans are familiar with today. The colours were more or less the same, black and grey, but his cowl had long, pointy ears. He also wore purple gloves and a bullet proof vest. Throughout the years he changed and developed as a character, first carrying a gun and later deciding guns were not to be used. During the ‘40s and ‘50s, Batman went through some weird phases in the TV series Batman from 1943-1949, The Jungle Batman in 1952 and possibly the most memorable, Rainbow Batman in 1957.

It wasn’t until the 1960s that Batman started to look more like the man the world knows today. In the ‘60s, the yellow oval symbol with the black bat in the centre was added to his chest. Now the 1960s couldn’t be talked about without mentioning one of the most endearing portrayals of the Dark Knight on television, the campy and comedic TV series, Batman (1966-1969). Adam West starred as the titular character and his alter ego Bruce Wayne, and brought a fun and quirky take on them both. The show would open with an incredibly iconic and unforgettable theme song and would dive right into whatever crazy antics Batman and Robin (played brilliantly by Burt Ward) would get up to that week. Whether they were taking on the Joker (Cesar Romero), The Riddler (Frank Gorshin), The Penguin (Burgess Meredith) or Catwoman (Julie Newmar ‘66-’67, Eartha Kitt ‘67-’68), the dynamic duo were keeping audiences entertained and on the edge of their seats.

Once the 1960s were over and the ‘70s rolled around, Batman still looked similar to the Adam West portrayal. He wore a grey suit, with a blue cape and cowl and in some depictions, blue eyebrows were drawn onto his cowl. Batman didn’t change a great deal throughout the 1970s, although he did have a costume change every now and then.

When the 1980s arrived, it brought with it a new version of DC’s bat vigilante, a version which would soar in popularity for its dark and gritty take on the character. This adaptation was of course The Dark Knight Returns, written by the incredibly talented Frank Miller. The Dark Knight Returns told the story of a different Batman; a tired, worn out Batman, someone who had worn the cowl for decades and was exhausted by the sheer weight of what it meant to be Batman. 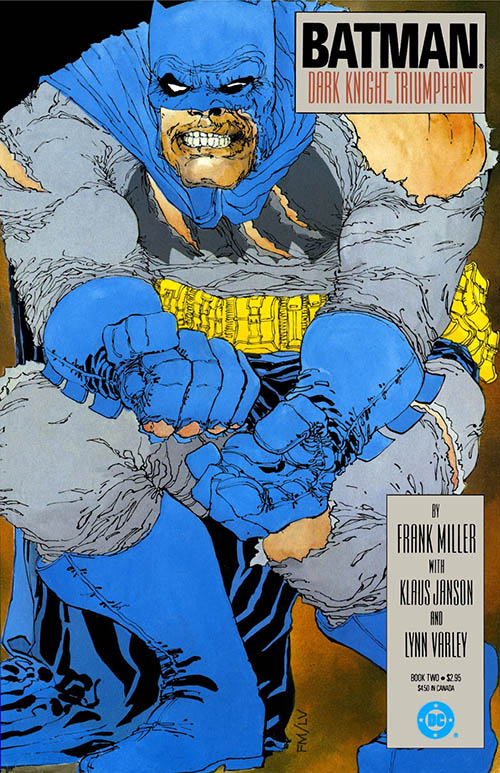 This pivotal story is still regarded as one of the most important and influential depictions of the beloved character. So much so, that Zack Snyder borrowed from it and used it for inspiration during the making of Batman v Superman (2016). As the ‘80s were rolling to a close, it became clear that Batman needed to be revamped and given a fresh image. This clean slate was provided by Tim Burton, with his 1989 film, Batman. In this film, Gotham is dark and grim, with crime rampant and the politicians just as crooked as the criminals. Batman works in the dark and looks completely different to any other time we’ve seen him. His suit is now all black, from head to toe, except for the yellow and black symbol on his chest and yellow belt. The film went on to win an Academy Award for Best Art Direction and provided the foundation for Batman’s future.

Following the success of the film, Batman: The Animated Series was born in the ‘90s and a whole new generation of fans were created. The show lasted for four seasons and spawned numerous spin offs, like Superman and The Justice League. Batman’s style remained similar to the 1989 film, seen most obviously in the 1997-2006 Justice League Of America comics run by Grant Morrison. Throughout the ‘90s and early 2000s, Batman did change his style, going from all black, to bringing back elements of grey. While the cartoons, comics and movies kept changing, Batman’s core principles and beliefs remained relatively untouched. However, they were put to the test on numerous occasions. In Hush, published 2002-2003, Batman deals with a criminal mastermind who pushes him to his absolute limits. The Christopher Nolan trilogy of films, Batman Begins (2005), The Dark Knight (2008) and The Dark Knight Rises (2012), told a more human side of Batman, focusing more on an emotional and realistic story, which showed the struggle of being the masked vigilante.

In more recent years, Batman has donned his classic grey and black suit in the New 52 run of comics, the Arkham games by Rocksteady and in Batman v Superman (2016). Right now, he’s happy to wear another variant of his classic outfit with some subtle changes. Soon, Batman will be rocking the covers and pages of another massive story, as Detective Comics races toward the landmark 1000th issue, releasing to the public March 27, 2019. 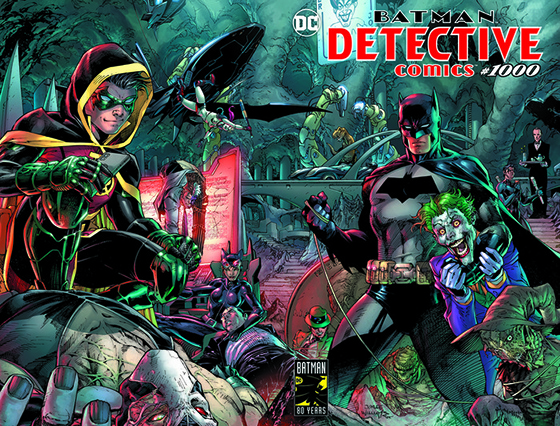 Over the years, Batman has had a lot of costume changes and has been portrayed by more people than James Bond. However, his status as an icon has persisted for so long due to his constant fight for justice in the face of blatant evil. Since Batman’s first appearance on the page, the world has experienced horrors and atrocities and many people have looked to the caped crusader as a beacon of hope and justice in a bleak and grim world.

Here’s to many more years of the Dark Knight!