A Closer Look At Darth Maul

With Ray Park slicing his way into the Supanova 2018 – Adelaide and Brisbane November tour, we thought now might be a good time to dust off some facts about the iconic Sith Lord he played on screen, Darth Maul.

If you’ve seen Star Wars Rebels, no doubt you would be familiar with the planet Dathomir, which happens to be Maul’s home planet. Dathomir is a place of magic, especially geared towards the Dark Side of the Force, so it’s no wonder Maul was attracted to joining the ranks of the Sith. The world is also home to the Nightsisters who ruled over the Nightbrothers and Zabraks, Maul’s race.

Maul’s family life is kind of like an episode of Days Of Our Lives in space. His mother, Mother Talzin, was the leader of the Nightsisters, his brother, Savage Oppress, became an Apprentice to Asajj Ventress, former Nightsister and ex-Apprentice of Count Dooku, and his other brother Feral, was killed by Savage… Being a Sith must run in the family. 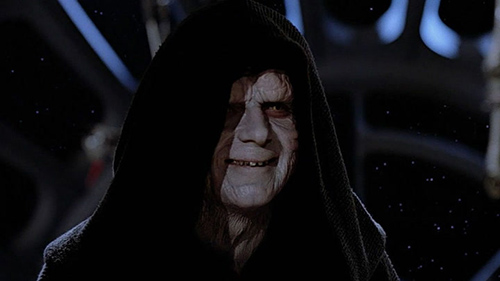 Both the original EU, now rebranded asLegends, and current canon agree that Maul was trained by Darth Sidious, however, the circumstances are a bit different. The Legends canon had positioned Maul as an Apprentice to an Apprentice, breaking the Sith Rule of Two. Apparently, Darth Plagueis was fine with this, seeing Maul as a Sith assassin, and thus expendable to his cause.

THE RETURN AND THE LEGS

The idea of Maul surviving his duel with Obi-Wan Kenobi isn’t new, since a popular character in a successful franchise actually staying dead would be far too unrealistic. In the old EU comics, Maul was resurrected by Supa-Star alumni Tom Taylor when Dark Horse owned the Star Wars comic licence ahead of his Clone Wars series appearance back in 2012. The comic, Star Wars: Darth Maul – Death Sentence, is part of the Legends graphic novel collection and delivers an adventure with Savage Oppress in tow, on a vengeful rampage through the Outer Rim territories.

As for the legs – Spider-Maul, anyone? The first set of cybernetic legs Maul constructed numbered six, however he later ‘cut them down’ (ha!) to a much more sensible two. Maul’s robo-legs are an idea that survived from the old Legends Expanded Universe, that found their way into the current canon.

There were two people who brought Darth Maul to life in The Phantom Menace – “Supa-Star” Ray Park, who brought his amazing acrobatic prowess to the role, and Peter Serafinowicz, who voiced the character’s dialogue.

His voice actor, Sam Witwer in The Clone Wars and Rebels, has a history of voicing Sith Lords. Witwer voiced Vader’s apprentice Starkiller in the Force Unleashed (RIP, killed by ejection from canon) as well as The Son and Emperor Palpatine.

Long story short – Maul is out for revenge against his old master Darth Sidious. The true power behind Crimson Dawn, it seems Maul has found a new apprentice in Qi’ra. However, considering the events that follow in Rebels, he may not get to deliver that dish best served cold. Maul faces off against Obi-Wan on Tatooine in the series, and needless to say, history repeats itself, as it often does in Star Wars.

Whatever you may think of Maul, it can’t be denied that he’s become an icon of the franchise perhaps even equal to that of Darth Vader with a rich tapestry of history in the canon to boot. He is the true face of Phantom Menace.