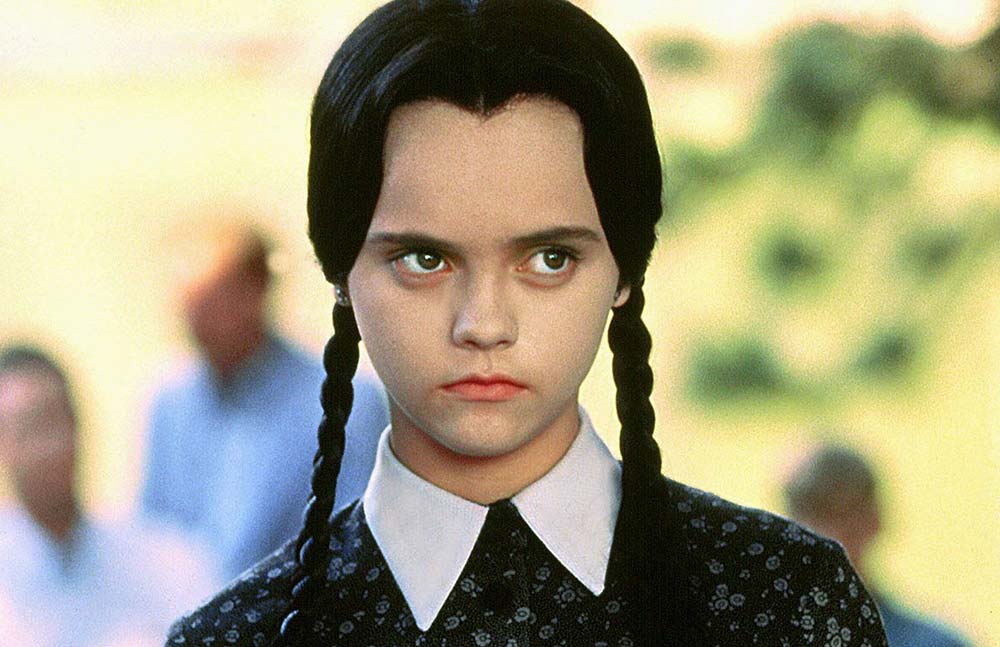 The ‘90s was arguably the best decade for pop culture perfection. Titanic. Jurassic Park. The entire Disney renaissance. All are ‘90s flicks, and unforgettable ones at that.

However, very few actors of the decade can claim to have the impressive resume that November Supa-Star Christina Ricci has.

Making her film debut at just nine years old, Ricci has acted in some of the most iconic films of all-time. From The Addams Family to Sleepy Hollow, she has shared the screen with Cher, Johnny Depp, Tobey Maguire and so many more, and with her talent and charm, Ricci also managed to sneak the spotlight out from under them.

Here’s a nostalgic look back through some of those impressive roles.

Few actors get to make their film debut as Cher’s daughter and Winona Ryder’s sister, yet that’s exactly what Ricci got to do in the 1990 cult classic Mermaids.

The film plants us in 1963, where big hair is still a thing and Catholicism irresistibly alluring. For 15-year-old Charlotte (Winona Ryder), who’s convinced her true calling is to become a nun despite being Jewish, her mother’s (Cher) love-struck ways are only another reason to resent her, especially if it means moving after every failed romance. It’s only when Charlotte falls for the convent caretaker, she realises the two of them may share more in common than she first thought.

A delightfully oddball coming-of-age tale, Ricci is perfect as younger sister Kate, who is obsessed with beating the world record for holding her breath underwater, and her cuteness is the perfect antidote in the otherwise sober scenes of the film.

It’s no small feat to step into the shoes of quite possibly the most famous character ever to be named after a weekday. But Ricci did it; plaits, anvil and all.

While the 1991 film originally received a mixed response; some reviewers worried it would never live up to the hype of its beloved ‘60s predecessor, it has become well-loved since by ‘90s kids and more, largely due to Ricci’s positively spooky performance as Wednesday Addams.

With lines like, “You severely underestimate my apathy,” Ricci’s delivery is equal parts deadpan and delightful. Her Wednesday helped pave the way for many, letting them know that it’s okay to prefer gore over gowns.

Based on the 1940s cartoon and comic book series, Casper was the famous friendly ghost’s first live-action feature film. In this version, paranormal therapist James Harvey (Bill Pullman) and his young daughter Kat (Christina Ricci) move into the haunted Whipstaff Manor in hopes of removing Casper and his wicked prankster uncles, The Ghostly Trio, but when the two get to know Casper’s good ghoulish ways, they soon concoct a plan to let the ghosts stay.

The film was Ricci’s first opportunity to play the leading star, and she handles it with talent well beyond her years. If you don’t shed a tear during that end scene, are you even human?

Regularly christened the female Stand By Me, 1995 film Now And Then became a cult classic in its own right and has since been reclaimed as a feminist coming-of-age tale.

The film follows four girls, Samantha (Gaby Hoffmann), Chrissy (Ashleigh Aston Moore), Teeny (Thora Birch), and Roberta (Christina Ricci), in the summer of 1970, where the only two things on their minds are buying a treehouse and avoiding the dreaded Wormer brothers. Together, they conduct séances, find out what French kissing is and discover the true meaning of sisterhood.

Hot-headed tomboy Roberta is one of the most comedic roles Ricci’s played, but the role is also surprisingly one of her most heartfelt, especially as Roberta comes to terms with the tragic death of her mother.

At the peak of Tim Burton’s career, the notoriously macabre director decided to take on a reimagining of the classic story, The Legend Of Sleepy Hollow. What resulted was this hit 1999 film.

When police constable Ichabod Crane (Johnny Depp) is sent to Sleepy Hollow after a series of brutal decapitation killings, what starts out as a cynical cold case soon becomes a mission to kill the Headless Horseman and find out who is behind his wicked reincarnation.

Ricci stars as Crane’s love interest, Katrina, and the daughter of the town’s wealthiest man, Baltus Van Tassel, and throughout it, Ricci plays the role of damsel in distress to perfection, even as it starts to look like Katrina is lot less innocent than we first suspected.

You can catch Christina Ricci at Supanova Comic Con & Gaming this November.