A Character Study: Comparing The Original ‘Lost In Space’ With The Netflix Reboot

Netflix’s 2018 reboot of the classic sci-fi series Lost in Space accomplished a rare feat, as far as reboots go. While the show has clearly been updated for modern audiences, it remains recognisable enough for fans of the original to enjoy.

The changes that have been made only serve to bring the Robinson family forward into the current century, and for the most part, these changes work well.

With Supa-Star Toby Stephens breathing new life into John Robinson, we thought we’d take a closer look at some of the differences between the original 1965 characters and 2018 reboot characters.

In 1965’s Lost In Space, Dr John Robinson, the head of the family, is a devoted husband and father. He serves as commander of their ship, the Jupiter 2.

2018’s John Robinson, played by Toby Stephens, is quite different. John is a former marine, estranged from his wife and children when the series begins and spends much of the first season working to reconnect with them all. In the original series, Maureen Robinson is technically a biochemist. However, for the most part, she is portrayed as a typical ‘60s housewife.

Not so in 2018. Now, Maureen Robinson is the commander of the Jupiter 2. In fact, it was Maureen’s idea for the family to join the mission to colonise space in the first place. In the original series, Don West is the pilot of Jupiter 2. He soon develops a close bond with Judy Robinson. Don is also usually the first to catch on to Dr Smith’s schemes.

The reboot’s Don West is not a pilot, but an engineer. A scoundrel with a heart of gold, his softer side is quickly shown through his friendship with Debbie, a rescued chicken who now accompanies him almost everywhere. 1965’s Judy Robinson almost chose not to accompany her family into space, but changed her mind after meeting pilot Don West. She is the odd one out of her family; intelligent, but without any particular gifts.

There was never any question of the new Judy not going into space. At eighteen years old, she is already a qualified doctor when the series begins, serving as the main medical support of the Jupiter 2. Unlike the original series, Judy is not John Robinson’s biological child. He adopted her after marrying Maureen. Judy also seems to have more time for her younger siblings than her 1965 counterpart. The original Penny was highly intelligent, tomboyish, and prone to getting lost in her imagination. This often got her in trouble.

The reboot ups many of the tomboyish elements of Penny’s character, but, as 2018’s Penny is older, much of her overactive imagination is transferred to Will. The 1965 version of Will Robinson was a brave and precocious child. The most intelligent of the three Robinson siblings, Will was gifted in the areas of electronics and computer technology. Unfortunately, this bravery often got him into trouble, though he could usually count on his bond with The Robot to help him out of it.

The reboot flips things around a bit. Will is now the least gifted Robinson child, and would not have been allowed on the Jupiter 2 at all, if Maureen had not altered his test results. Over the course of the first season, Will finds the courage that the original Will had from the start. The one major similarity between the two is that Will’s bond with The Robot remains intact. In the original Lost in Space, The Robot was simply a standard issue machine meant to aid the Robinson family in their mission. At least it was, up until Dr Smith reprogrammed it to sabotage the mission. This sabotage fails to destroy the ship, but leads to the Jupiter 2 becoming lost. After being repaired, The Robot develops a friendship with Will.

In the 2018 series, The Robot, an alien AI, hailing from an as yet unknown planet, is responsible for the attack on the human’s main ship, The Resolute, that leads to the Jupiter ships fleeing to the unnamed planet on which they become stranded. But when The Robot is later found and repaired by Will, it loses any memory of its dark deeds, bonding to Will instead. In the 1965 series, Dr Smith is a schemer and a coward, responsible for the accident that leads to the Robinson family becoming lost. However, at least he is actually a doctor, and does eventually develop a few redeeming qualities.

Dr Smith, now a woman in the 2018 series, is not actually a doctor. She is a con woman who steals the real Dr Smith’s identity to escape imprisonment during The Robot’s attack on The Resolute. She also hasn’t shown much sign of any redeeming qualities yet, apart from occasional remorse, and a slight fondness for Will. We’ll see if that changes when season two arrives. 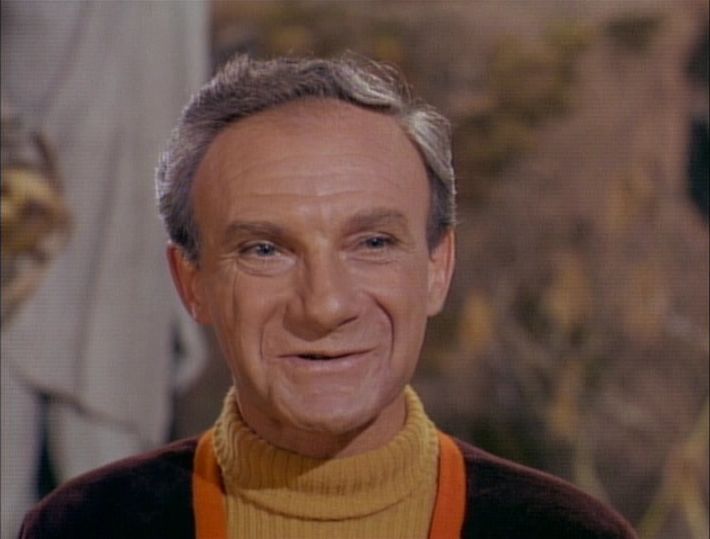