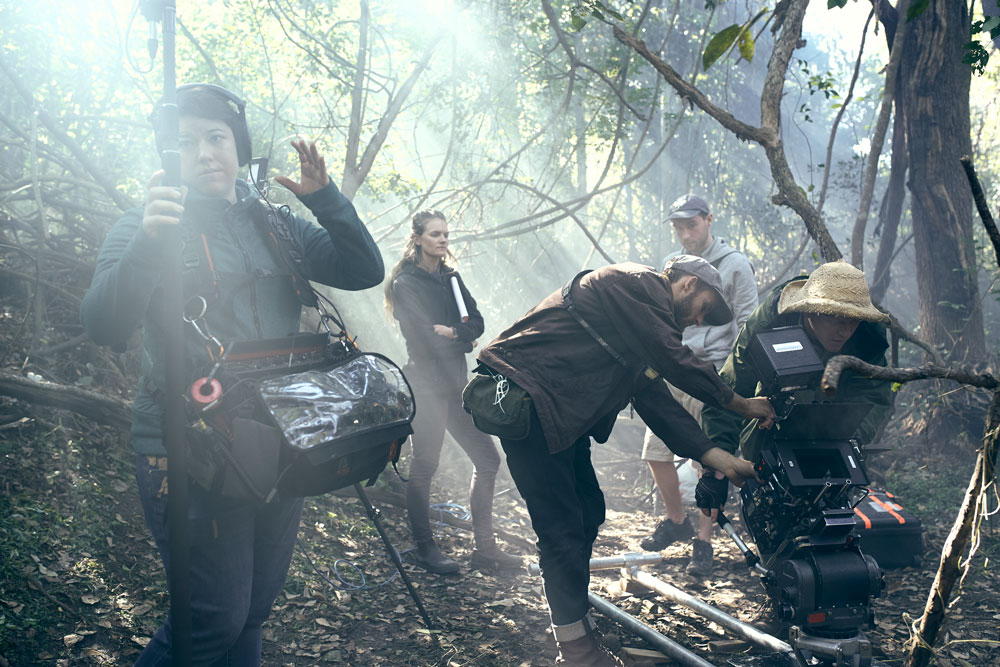 After premiering at Screamfest in L.A. last year, Australian horror short No Friend in the Forest, the haunting story of a man who stumbles across a hard bargain in a desolate and otherworldly outback, will screen in Brisbane next week.

To celebrate, writer and director Sam Dixon has given Supanova a behind the scenes look at its creation via on-set still by photographers David Chatfield and Megan Keene.

“The shooting was intense but glorious, as it often is making a film,” Dixon said of the Victorian Alpine region shoot.

“This is the first film I’ve actually shot on digital, every other film I’ve directed I’ve shot on super 16mm, so it was kind of a new experience for me. Both have their pros and cons.”

No Friend in the Forest will screen alongside Dixon’s 2016 short, Dancing Goat, at Lumen Room, Metro Arts on January 24, with tickets and more information available through Eventbrite. The Hunter rejoices after finally managing to shoot something. Cinematographer Adric Watson making the most of the dawning light. The crew improvising with a ‘canoe-dolly’. The art and costume department, Dan Koyama and Linda Nguyen, taking refuge from the cold. Actor Ezekiel Simat, either acting or genuinely fearing for his safety.