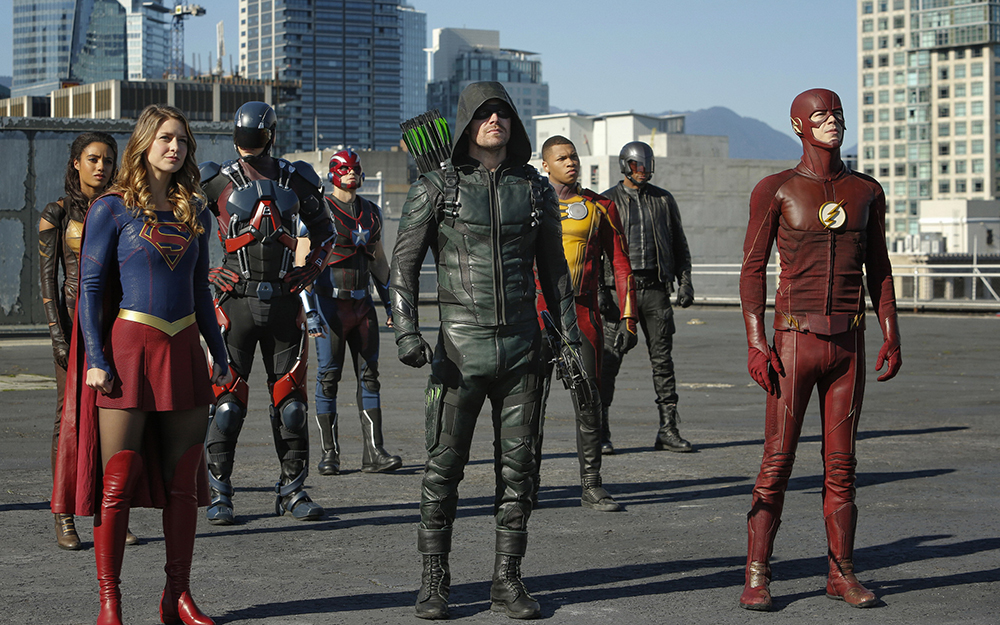 Arrowverse Through The Ages

For the uninitiated, the ‘Arrowverse’ is a sprawling mega-universe of DC television shows following the trials and tribulations of a variety of classic DC Comics heroes. It began in 2012 with the universe’s namesake, Arrow, and the infamous tracking shot of Oliver Queen racing through an island jungle towards his salvation.

Over the next five years, the audience would learn about Queen’s deep history with characters like Deathstroke, Amanda Waller, Constantine, Anatoli and many more through great flashbacks that would become a staple of Arrow‘s storytelling.

How these characters and the lessons Oliver learned – both literal and figurative – weaved into the series would give it its backbone. Green Arrow’s supporting role on Smallville, which wrapped eighteen months prior to Arrow‘s pilot episode, gave fans a tantalising glimpse into the potential for the character – propelling interest in the solo Arrow series.

Yet “Supa-Star” Stephen Amell‘s emerald archer was a star in his own right here – slowly assembling a solid team over the first few seasons as he realised his goals were more elusive than he originally supposed. David Ramsey and Emily Bett Rickards became definitive parts of Team Arrow – still referred to as the Original Three – to the point that the comics moved to reflect the line-up on the popular television show.

Oliver Queen’s home life would soon spill into his vigilante desires and before long his ex Laurel, her sister Sara, Ollie’s sister Thea, her boyfriend Roy, Felicity’s boyfriend Ray and many more came to don a costume and call the Arrowcave home. But before any of that, in the first half of Arrow’s second season, a character by the name of Barry Allen came to Starling City. It was this moment that would kickstart the growth of the Arrowverse.

Arrow introduced The Flash in a backdoor pilot that exposed the world to the loveable CSI Barry Allen. Glee alum Grant Gustin was an instant hit, and the series was sent to pilot. It eventually aired in October 2014, and is well into its fourth season today. The first crossover while both shows were on air – aside from a cameo from Stephen Amell in The Flash pilot – was titled Flash V Arrow in anticipation of Batman V Superman: Dawn of Justice.

Soon, the writers found themselves with an embarrassment of riches. Many supporting heroes and returning nemesis were so popular and so fully realised that it was suffocating the ability to tell fresh stories. A teaser for the newly developed Legends of Tomorrow played at San Diego Comic-Con in 2015 to rapturous applause. The show had a simple premise: what if man of mystery Rip Hunter (Arthur Darvill) recruited all the minor players in the Arrowverse and put them in an ensemble, travelling through time and battling all manner of threats in the most ridiculous ways possible?

Arrow‘s White Canary (Caity Lotz) and the Atom (Brandon Routh) would team up with The Flash’s Firestorm (Victor Garber and Franz Drameh), Captain Cold (Wentworth Miller) and Heat Wave (Dominic Purcell) to save the world. It still needed an extra kick, so the plot for the third crossover introduced Hawkgirl (Ciara Renee), Hawkman (Falk Hentschel) and the big bad that would plague Legends of Tomorrow‘s first season, Vandal Savage (Casper Crump).

After the success of Arrow and The Flash on younger-skewing network The CW, parent channel CBS developed Supergirl starring Melissa Benoist. It was kept separate to the other shows – to the point that the plots exist on a parallel Earth – until Grant Gustin guest-starred on the show, in the hope of boosting ratings. It was a great success, and led to Supergirl participating in 2017’s Heroes VS Aliens and Crisis on Earth-X crossovers with the casts of all the other shows.

Additionally, the universe has opened its doors to another “Supa-Star”, Matt Ryan, star of NBC’s Constantine. After his series was cancelled, the character guest starred on Arrow and has joined the third season of Legends of Tomorrow in a recurring role. Constantine has also just appeared in his own animated series, as part of CW Seed. In addition to this, Vixen and The Ray both have their own animated spin-offs as part of the ever-growing Arrowverse.

It’s come a long way since Oliver was seen running through some bushes. Big concepts like aliens, time travel and alternate Earths are now commonplace across all shows and the universe shows no sign of slowing down. The future of the Arrowverse is looking bright, and we’re so excited to see what the future holds!