A Guide To Capturing Horror, According To ‘Annabelle’, ‘Get Out’ Cinematographers

The unsung heroes of horror, cinematographers play a key role within the genre, helping shape some of history’s most iconic scenes.

Having worked across a slew of major releases over the years, industry veterans James Kniest (The Haunting of Bly Manor, Hush, Annabelle, The Last Witch Hunter, The Bye Bye Man) and Toby Oliver (Get Out, Happy Death Day, Insidious: The Last Key) tell Supanova why the role of a cinematographer is so important within horror (and share some behind-the-scenes stories).

James: In my work as a cinematographer, my job is to collaborate with the director and other departments to design a visual style that supports the tone of the project. This includes developing a camera language and lighting approach for each scene while working with the camera department, the grip department, and the lighting team to identify, budget, and order the appropriate equipment to do so.

I work closely with the producer and production team to find the best solutions within the allocated budget and the 1st AD to build a shooting schedule that keeps all these considerations in mind. In addition, we work closely with the production designer, art director, and construction team in set design, layout, and building where we develop an aesthetic approach to colour and tone while also planning for the logistics of camera positions and movement with the confines of the built sets.

Another crucial element in this recipe is working with the costume designers to choose wardrobe designs that also lend to the desired tone and palette and that interact with the lighting and camera. Each day while shooting, it is my charge to make sure that we, as a team, execute the plan that provides the director and the actors a stage with the appropriate environment to act out the story. 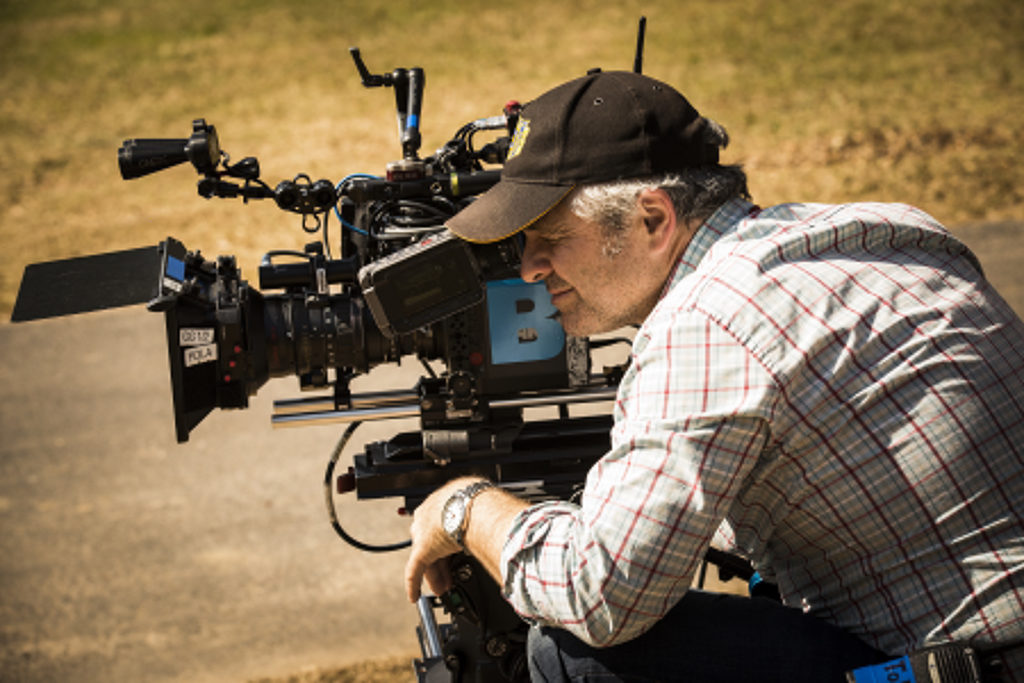 Toby: It’s my job to creatively interpret the script and the director’s ideas into visuals to be captured by the camera. I am responsible for the look and mood of the lighting and also the technical choices of camera and lensing.

I instruct and manage the camera, set lighting, and grip crews to carry out these plans and work in close collaboration with other heads like the production designer and the 1st assistant director (AD) to complete the shoot on schedule and on budget.

How does cinematography in horror differ from other genres?

James: The cinematography in the horror genre tends to lean on the darker side than most movies/shows. There can also be a bit more freedom to employ a more stylised look and feel than a comedy. This is changing a lot. I feel the lines are blurring between genres as audiences have become very sophisticated and more aware of the artistic subtleties. It is a direct product of how viewers themselves are much more technologically savvy as they can take great photos and videos on their phones and are able to play with filters and ‘looks’ in real-time. Everything is subjective and now the average consumer has access to tools that were once only available to professionals. So now people are much more aware of the tone and texture in the images they see.

Toby: Cinematography is perhaps even more important in horror films than in other genres, as much of the storytelling, mood, and suspense in horror is very dependent and influenced by the cinematography. This is critical in lighting the set  – the use of darkness, choosing what the camera sees and what is obscured plays a critical part in the horror experience. In broad comedy for example, usually, the opposite is true, the aim is to show the actors and visual jokes clearly and with a lighter and colourful tone. Of course, sometimes these rules are broken or manipulated deliberately – in the beginning of Get Out the general idea was for the cinematography to be very naturalistic, with softer tones and colour like an indie drama. Get Out wasn’t an obvious horror movie in the beginning of the film. However later in the film when the true extent of the going-on at the estate is discovered the cinematography swings more into horror mode.

James: I’m really proud of my cinematic work in episode eight of The Haunting of Bly Manor. We shot it in black and white and the episode has a time arc spanning several hundred years that is revealed through subtle changes in lighting while we let a little very desaturated colour sneak back into the palette as the centuries spin forward. Toby: On the original Happy Death Day on the very last day of shooting, we had to shoot the scene where our heroine Tree Gelbman (Jessica Rothe) is trapped in the police car on a dark highway and the evil Babyface killer ignites the trail of gas and blows the car sky high, killing her for the umpteenth time. I had multiple cameras running at high speed for super slow motion on the big practical SFX explosion, including the Phantom 4K running at 800fps, and three Alexas at 200fps each.

It was a bit tricky because at night the normal camera exposure would mean the very bright flames of the explosion would ‘blow out’ to white instead of the warm reds and oranges that the director Chris Landon and I were after. So I had to light up the scene before the explosion to a very high almost daylight level of searing light with a bunch of big 20K and 18K lamps so the hi-speed cameras would see the flames correctly. It was weird to look at on set for a dark night scene. But it all worked out great and that sequence is probably my favourite in the movie.

What’s something you do that might get overlooked by a viewer but is integral?

James: There’s a surprising amount of clerical work that goes into the planning, scheduling, and budgeting of equipment and crew and locations.

Toby: The choice to shoot from the camera’s point of view – usually in collaboration with my director – is the most important thing. For example, when you decide to shoot a character from behind who is sitting in a room, shooting them simply through a slightly open doorway instead of with them in the room, it creates unease in the scene. There may well be no one outside the room, but the choice of that camera position creates the sense of somebody, or something, watching with the sense that something bad could happen at any time. This is the key to suspense and horror. The idea that something could happen to our character at any moment, and the delicate choice of camera angle and position can be subliminal to the audience but is absolutely integral to a great horror sequence.

Any tips for anyone looking to get into cinematography, specifically within horror? James: Watch a lot of films and TV shows and look at the lighting and camera frames and how the camera moves. Then shoot, shoot, shoot as much as possible. It’s very easy in these digital days to have access to cameras that will allow for very professional image quality and little to no cost. When I was starting out we shot on film and all the associated costs and limited access to equipment, film, processing, and transfer were a bit of a hindrance to people getting their start in the business. The new iPhone 13 alone is very capable. I would try to work on set as much as possible and watch the cinematographer’s every move, ask lots of questions of all the department heads, and learn about their jobs. It is important to know everyone’s job on set, what their responsibilities are, and how they do their job. Learn from the camera department, the grip department, the lighting department, etc.

Toby: There are several pathways on the long road to becoming a cinematographer; for me, it was about shooting many, many short films early to learn the ‘ropes’, the art and craft. In those days it was all on film so you really did have to learn by trial and error, now with digital and the monitor, it is probably easier to get started. However, you just need to shoot as much as you can. It’s best to work in all sorts of genres but horror is a good training ground. One needs to extend yourself as a DP out of your safe zone, experimenting often with darkness and underexposure, unusual framing, and using the camera and lighting to create the actual tone of the film rather than more of a naturalistic observer. Shooting horror is fun and a challenge. A lot of responsibility rests with the cinematography to make it work.